Live in Europe 1979 is a live album by Uriah Heep.

By this stage, singer John Lawton was well established as the replacement for David Bryon and had recorded Firefly, Innocent Victim and Fallen Angel and these albums provide eight of the songs featured.

It was recorded Ludwigshaven, Frieburg, Manchester, Offenbach and London with the German recordings made in January 1979 and the UK recordings from March 1979. 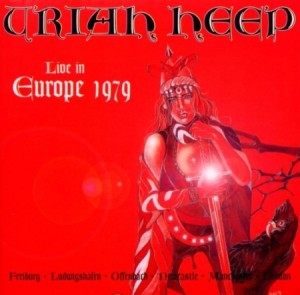 Four extra tracks were added as bonuses (17 – 20) when the album was last reissued so some care needs to be taken when buying. Before then, two other tracks (7 & 11) had been added to the original album released in 1986.

Is it the best live album by Uriah Heep? Which do you recommend?