Live Trucker is a live album by Kid Rock and the Twisted Brown Trucker Band.

It was recorded at various venues around Detroit between 2000 and 2004. 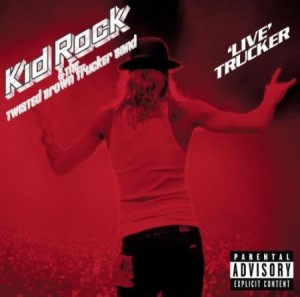 Quite a varied but rowdy live album. Note the parental advisory notice on the label if you’re easily offended.

It’s not for me but then I’m not the intended target.

I found this a hard album to classify because of its range but is noisiness leads me to the hard rock category.