Live in the UK is a live album by Helloween.

The album was recorded at the Edinburgh Playhouse and in Manchester in November 1988. 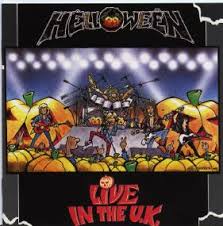 In the United States it was released as I Want Out: Live but one track, Rise and Fall, was removed. 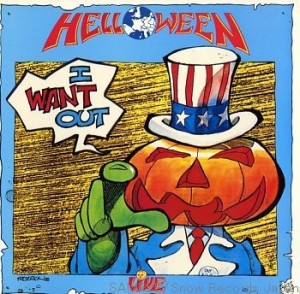 Songs On Helloween Live in the UK

1. Intro: Happy Helloween/A Little Time
2. Dr. Stein
3. Future World
4. Rise and Fall (excluded from the American release I Want Out Live)
5. We Got The Right
6. I Want Out/Encores
7. How Many Tears

Buying Helloween Live in the UK

Link to I Want Out on Amazon.com

Do you think it is the best live album by Helloween?

Does it deserve to be included n the polls to find the best live heavy metal albums?

There are so many good albums I’ve split it in two parts and albums can be promoted if they get enough votes.