We Want Moore is a live album by Gary Moore and his band.

It was recorded at various venues between February and December 1984.

At this stage of his career, Moore was playing hard rock rather than the blues rock that he played for the last twenty years of his life. 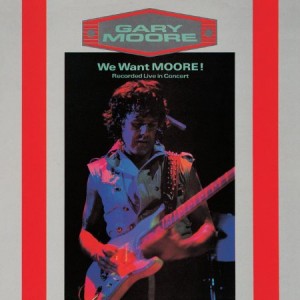 Some versions only have the first ten tracks.

What do you think about this recording?

Is it the best live album by Gary Moore?

What are the best live hard rock and heavy metal albums?