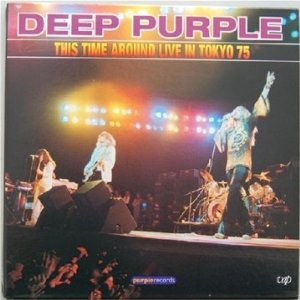 If On The Wings Over A Russian Foxbat is generally acknowledged as the better performance, can This Time Around be justified based on its differences in the set list?

It’s got more from Come Taste The Band – I Need Love, Owed to G , Drifter and You Keep on Moving. It’s got a different Tommy Bolin solo album song and it’s got a short version of Soldier of Fortune from Stormbringer.

If I saw the album available as an mp3 download, I’d grab it but it’s going to take a very good price to get me to buy the entire album given its reputation.

This version is a big improvement on Last Concert In Japan.

What Other People Say About Deep Purple This Time Around

Buying Deep Purple This Time Around

What Are The Best Live Albums By Deep Purple?