Live At The Olympia 96 is a live album by Deep Purple with Steve Morse on guitar promoting the Purpendicular album in 1996.

It was tough enough following the changes in personnel in Deep Purple in the late sixties and seventies when they were one of the biggest and most successful rock groups in the world. I lost track of what was going on afterwards.

Deep Purple Live At The Olympia 96

Very positive reviews encouraged me to buy this album featuring Mark II Purple except that Ritchie Blackmore has been replaced by Steve Morse. 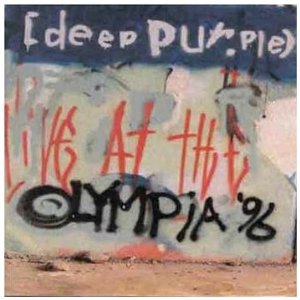 Six songs from Purpendicular may be a couple too many but it’s great to see five from Machine Head if you include When a Blind Man Cries and it doesn’t include Lazy or Space Truckin’ which are on Made In Japan in their extended glory.

Sure it’s got Smoke On The Water and Highway Star but this version of Deep Purple sounds fresh and exciting.

Ritchie Blackmore is a great guitarist but I understand that genius causes its own troubles. I suspect that the group was a much happier entity without him.

What Other People Say About This Live Album

Made In Japan gets most of the praise when it comes to live albums by Deep Purple because it’s a terrific performance at the perfect time for the Mark 2 version of the band.

Don’t ignore the merits of this album because Steve Morse is a great guitarist and it has in Ian Gillan, the authentic voice of Deep Purple.

What Do You Think About Live At The Olympia 96

I’d like to know what you think about this album and whether Steve Morse is a good replacement for Ritchie Blackmore.

Do you like hearing some of the more unusual older songs from Machine Head?

Is it the best live album by Deep Purple?