Deep Purple On Tour 1993 or Live in Europe 1993 (alternative titles) is a live album by the reunited Mark II Deep Purple.

This gives us recordings of two complete concerts.

It was recorded at the Schleyer Halle in Stuttgart in Germany on the 16th October 1993 and t the National Exhibition Centre in Birmingham, England on 9 November 1993. 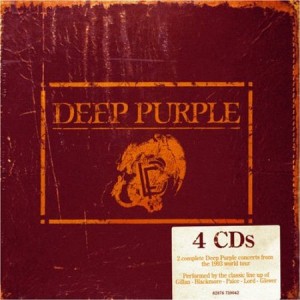 A criticism I have of Purple is that they didn’t vary their set-lists much during a tour which means that different concerts are only of real interest to devoted fans who will recognise changes in the improvised solos.

Do you think it is well worth getting or should casual fans stick with the 1970s live albums?