Live In Denmark 1972 is a live album by Deep Purple.

It was recorded 1 March 1972 in Copenhagen in Denmark and was finally released in 2007. 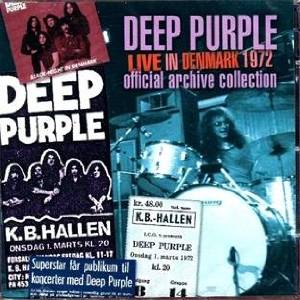 This has a rare performance of Fireball.

The group performing are the mark II version of Deep Purple: