Live at Montreux 1996 is a live album and DVD by Deep Purple. It was recorded at the Montreux Jazz Festival, Montreux, Switzerland, 9 July 1996

Bonus tracks from their appearance at the Montreux Jazz Festival on 22 July 2000 have been added. 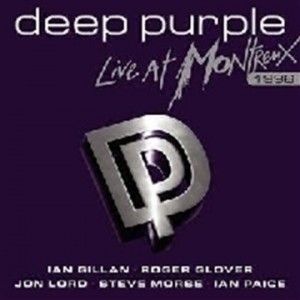 Fireball
Ted the Mechanic
Pictures of Home
Black Night
Cascades: I’m Not Your Lover
Woman from Tokyo
No One Came
When a Blind Man Cries
Hey Cisco
Speed King
Smoke on the Water

Deep Purple at this stage were made up of:

i.e. this is mark 2 Purple with the exception that Ritchie Blackmore has been replaced by Steve Morse.

Do you think fans should stick to the 1970s live albums or follow the reunions as well?