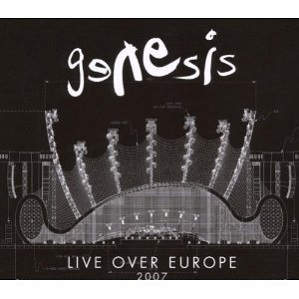 I would have preferred more from 1973 to ’76 but the poppy songs sound better when you know that there is a more complicated song appearing soon.

Genesis Live In Europe vs Compilation Albums vs Studio Albums

This is a career retrospective so it’s difficult to make a direct comparison with studio albums by Genesis. My personal favourites are Foxtrot, Selling England By The Pound and Trick Of The Tail from 1972 to ’76.

I can’t imagine being satisfied with a Genesis compilation album and certainly not one that would be issued. I could compile a best of from downloadable mp3s.

It has the advantage of providing a comprehensive summary but I believe Genesis sound better recorded live. There is a tendency for their sound to become to pristine in the studio and it loses impact.

Unless you really like the poppy stuff from Invisible Touch and We Can’t Dance, a good career summary can be had from picking up their first three live albums:

There is a Genesis reader’s poll to help you to get the best of your experience with Genesis. The details are below.

Buying Live Over Europe By Genesis