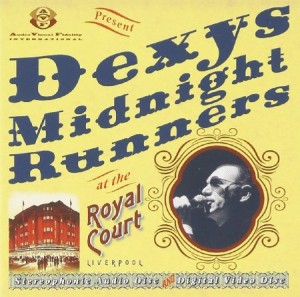 Songs On Dexys Midnight Runners At The Royal Court

Is it the best live album by Dexy’s Mignight Runners? Which do you recommend?

Are Dexy’s soul, folk, new wave? They have been influenced by all these but I’m treating them as classic rock.