Like Going Mobile, the Pretzel Logic tour concert was recorded for a radio broadcast. It has been issued by the Keyhole label. This is an unofficial recording which I understand scrapes through the European Union copyright laws but wouldn’t be legal in the United States. 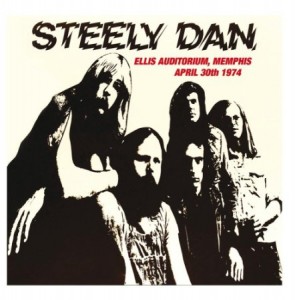 This is longer than Going Mobile but it is missing Any Major Dude Will Tell You and Your Gold Teeth II.

Instead it includes Brooklyn, Dirty Work, (both from Can’t Buy A Thrill), My Old School,  and Showbiz Kids (both from Countdown To Ecstasy) and two short tracks titled Blues Improvisation and Instrumental.