It was recorded at the Record Plant in Los Angeles in March 1974 while the band were touring to promote their third studio album, Pretzel Logic. 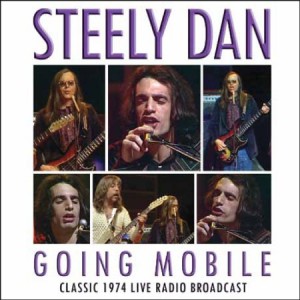 I’m a big believer in live recordings that are made while the band is hot in the studio and the first three studio albums from the band are all regarded as classics.

The version of the album that I’ve heard had some irritating hiss but this was most noticeable on the Introduction. Afterwards it’s submerged by the band but I think it’s worth hearing the mp3 samples at Amazon.co.uk.

Inevitably the sound of Steely Dan live loses that smooth, glossy sheen that’s on their studio albums but I think it makes the songs better. It does however feel a little harsh at the start but I like this more aggressive, dynamic version.