Running Back Thru Canada is a live album by The Guess Who.

This was recorded on their reunion tour in 2000 with Burton Cummings and Randy Bachman. 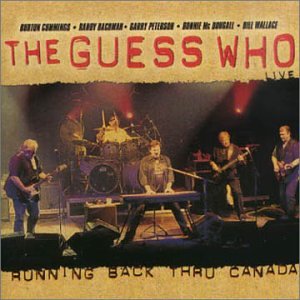 END_OF_DOCUMENT_TOKEN_TO_BE_REPLACED

Live At The Paramount is a live album by The Guess Who.

It was recorded at at the Paramount Theatre in Seattle, Washington on May 22, 1972 and released in August 1972.

The Guess Who aren’t well known in the UK, except perhaps as the group that Randy Bachman left before he formed Bachman Turner Overdrive. This album is recorded after Bachman left.

The Guess Who Live At The Paramount