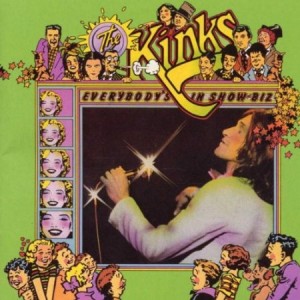 Songs On The Kinks Everybody’s in Show-Biz

The first ten tracks are recorded in the studio:

It is the rest of the album that I’m interested in.

At this stage, Ray Davies was experimenting with horns and large quantities of alcohol.

It’s an album that fits into the interesting category and is well worth hearing, even if the band was in decline by this stage. It doesn’t reprise the glorious past the band had in the same way as One For The Road.

Buying The Kinks Everybody’s in Show-Biz

Is it the best live album by The Kinks? Which do you recommend?