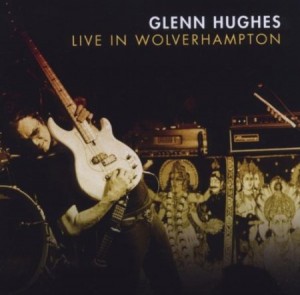 The second set has six of the seven songs from the 1970 Trapeze album called Medusa and three from their 1972 follow-up You Are The Music.

It’s interesting to see the cover of Deep Purple’s “What’s Going On Here” but I’d have liked to have seen some of the songs from Deep Purple’s Come Taste The Band included on the first set.

This is one of those albums that the more you play, the more you will like. Only Mistreated is a well known song to the general rock fan thanks to its presence on Deep Purple and Rainbow albums. The rest get better with familiarity but the sets are hard to categorise. Parts are rocky, parts are funky and parts soulful as Trapeze fans will expect.

It’s well performed and Hughes is in fine voice.

Your friends who only hear the album once may think you’re crazy but you’ll know that you’ve found something special.

If you only want to rock hard, pass on this album and try one of the others.

Do you think this is the best live album by Glenn Hughes?

Because there are so many excellent hard rock and heavy metal live albums I have a second division poll.