Live In Glasgow is a live album and DVD of a concert by Paul Rodgers on 13th October 2006, very much focused on his days in Free.

Rodgers is in great voice and the album leans heavily on his days in Free and Bad Company. 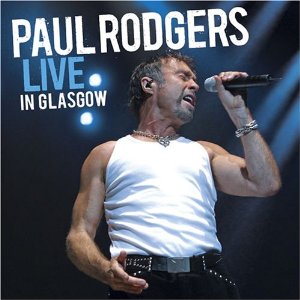 Nine out of seventeen songs revisit Free and four more from the best days of Bad Company mean that this is a terrific set list. The other songs sound good in this setting too.

The band on this album is:

Here is what they look and sound like on the third track, the old Free song Ride On A Pony

In my opinion, Paul Rodgers Live In Glasgow challenges Free Live as his best live album and easily beats what has been issued by Bad Company so far.

What Other People Say About Paul Rodgers Live In Glasgow

I think this is great but I’d interested to know if you agree.