Hard Rock Live is a live album and DVD by Bad Company.

It was recorded at Hard Rock Live in Hollywood, California on August 8, 2008. 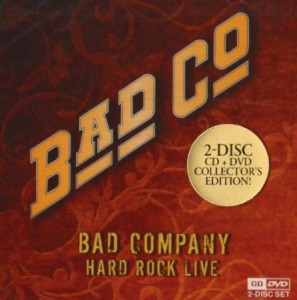 The original Bad Company didn’t have two lead guitarists so this means an even fuller sound. As you’d expect, the set list is dominated by the first two studio albums and I’m really pleased to see Good Lovin’ Gone Bad on the album. It’s got one of my favourite pauses in music.

Paul Rodgers was a great singer and it’s really good to hear that he’s retained his voice. I’ve definitely got a soft spot for Bad Company.

Is it the best live album by Bad Company? Which do you recommend?