Greatest Hits Live is a compilation of The Who‘s best known songs played live in concert spanning over 40 years from 1965 to 2009.

The Who Greatest Hits Live 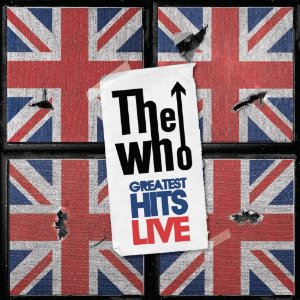 I’m not convinced by this album although all rock fans need some music by The Who in their music collection.

Many of these songs appear regularly on live albums by The Who. While the versions may be slightly different, The Who don’t mix things up that much.

My view on the Who live is that the best stuff is with Keith Moon so that must have been recorded before 7 September 1978 when he died. Virtually all their great songs were written by then. The first CD should be a much better listen than the second although the second has some of their best songs.

The 1989 will sound strange because The Who toured America with a large brass section to jazz up the oldies for the 20th anniversary of Tommy. It’s captured on their live album Join Together.

What I think would have been much more interesting is a Rarities Live album giving the fans some of the more unusual songs that The Who have played live and recorded.

Here is a video of The Who performing Won’t Get Fooled Again in concert in 1978. This was one of the last performances with Keith Moon.

Buying The Who Greatest Hits Live

What Do You Think About The Who Greatest Hits Live?

Do you think this is a worthwhile album of live songs by The Who?

Do you think that it represents the best of The Who live?