View From A Backstage Pass is a live compilation album by The Who released in 2007 to subscribers of TheWho.com.

The Who View From A Backstage Pass 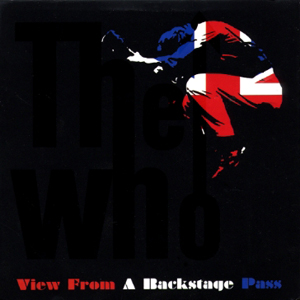 There aren’t many surprises in this list although it’s good to see The Punk and the Godfather and the two selections from The Who By Numbers.

I find this frustrating.

I don’t want snippets of mid 70s concerts by the Who thrown together in a live compilation. I want the following concerts that this album draws from to be made available in their entirety:

I think it’s great to hear the way the entire concert is paced and builds to a climax.

Here is a video of The Who performing Dreaming From The Waist in 1975.

Buying The Who View From A Backstage Pass

This is going to be quite hard to find because of its limited release.

What Do You Think About View From A Backstage Pass?

I’d like to know what you think about The Who releasing this live album with more of the regular items on it. Is this one of the best Who live albums?

2 thoughts on “The Who View From A Backstage Pass”